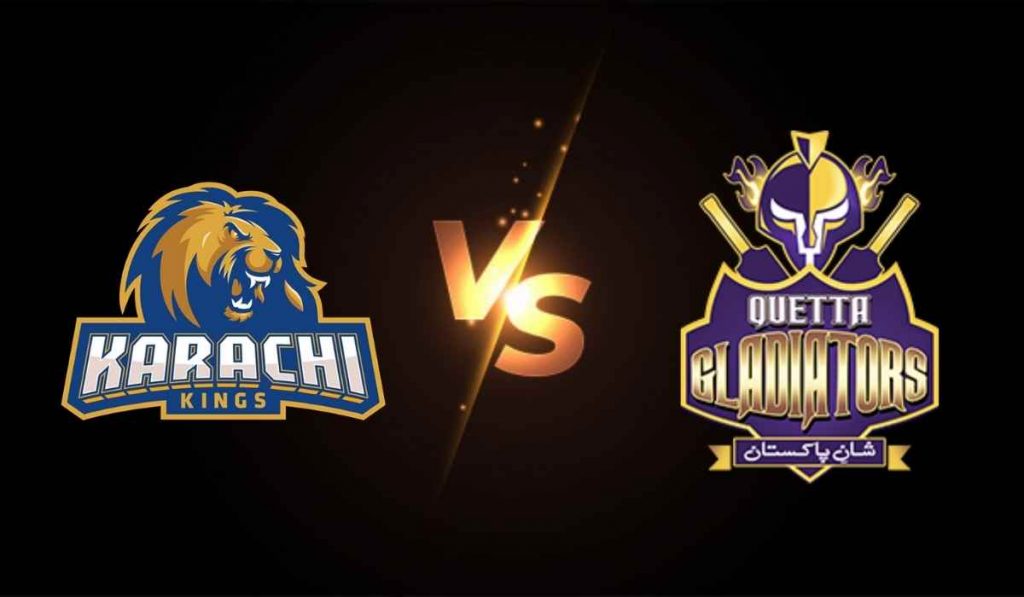 KAR vs QUE Dream11 Team : The sixth season of Pakistan Super League is finally here and we expect it to be an absolute cracker because the world needs good T20 leagues apart from IPL. Karachi Kings and Quetta Gladiators kick off the season with their clash in Karachi and we bring you the perfect Dream11 Team for the KAR vs QUE match in this article.

Karachi Kings will step up on the field to defend their PSL title after playing the last season in a manner they would’ve liked to play. Under Imad Wasim, they are a batting heavy side and on their home venue which assists batting for most part of the game, they’d enjoy doing what they are good at.

Karachi have some T20 superstars in Babar Azam, Mohammad Nabi, Daniel Christian, Colin Ingram and Mohammad Amir and they will be a side to beat again in this season.

Best Players to pick from KAR

On the Quetta Gladiators are the winner of the 4th season of PSL which they had won in PSL. Quetta are built of some gun T20 players too which promises the season opener to be an exciting one.

Sarfaraz Ahmed leads the side which has exceptional batting power in the likes of Chris Gayle, Tom Banton, Azam Khan and Ben Cutting. They will be slightly light in bowling without Dale Steyn who will join the side one week late due to family commitments.

Best Players to pick from QUE

The National Stadium pitch is quite friendly to bat upon and this is backed by certain statistics. The average first inning score here in T20 Internationals is 191 while in domestic T20 cricket, it is 168 which isn’t bad by any means. The venue hasn’t seen a single score below 150 till date whether in international cricket or domestic cricket and that pretty much tells you to trust batsmen more than the bowlers in your fantasy team. 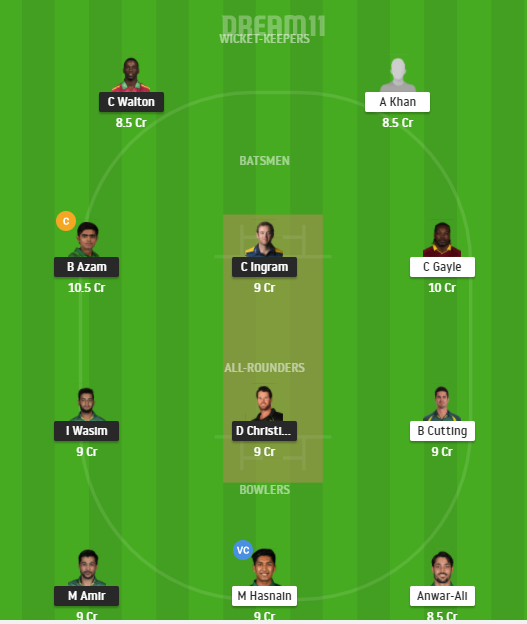 According to our prediction, KAR will win this match.

The KAR vs QUE teams can also be used on MyFab11 which charges the least entry fees and competition is less. Get Rs. 50 on joining and 100% cash bonus up to Rs. 5999 on first deposit!