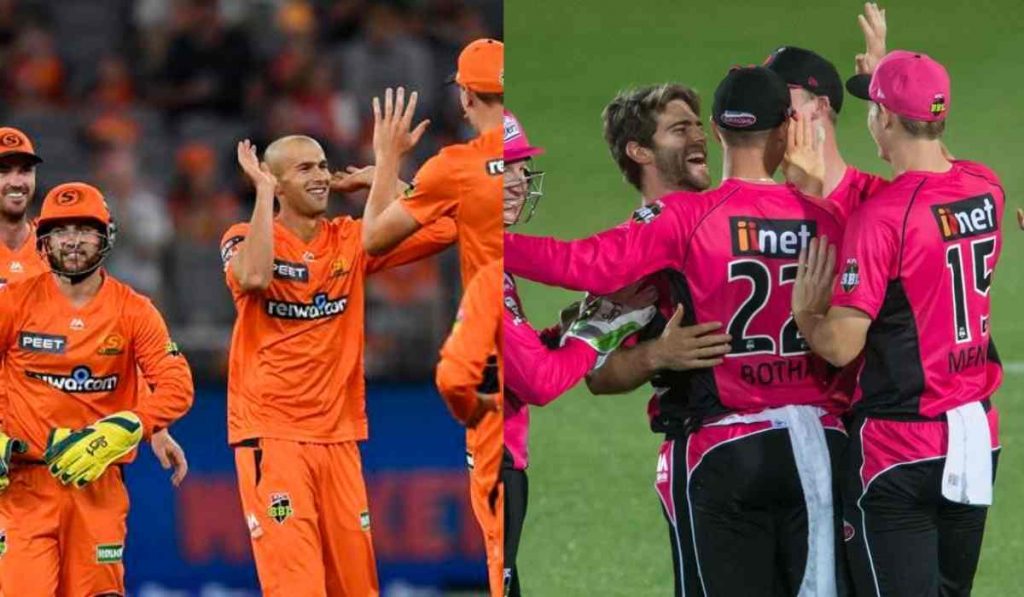 With more than half the matches of BBL getting over, the contest is getting tight and fierce and in the 30th match of the season, it’s the turn of Perth Scorchers to take on Sydney Sixers. As the BBL points table is tight, so is winning at Dream11 but don’t worry, in this article we cover all the aspects of fantasy cricket along with SCO vs SIX Best Dream11 Team Prediction which will help you win money in fantasy cricket.

Scorchers will have a tough task in their hand when they will take on the table toppers Sydney Sixers in their next game and it will be called an upset if they manage to win this one. They are at 7th position in the points table with just 2 wins in 6 matches and even though they have struggled in the first half of the tournament, they’ve started to turn the things around with back to back wins. A hattrick of win for Scorchers will be good for the BBL season as well.

Sixers on the other hand, will go fully confident into this match after beating Adelaide Strikers and becoming the table toppers. Although they wouldn’t want to take Scorchers lightly. The defending champions have won 5 out of their 7 matches and comfortably sit at the top with 21 points.

Sixers too have understandably named a 18 men’s squad which will be trimmed to 13 at the toss. They’d expect a bit more from their captain Daniel Hughes in this game.

The statistics show that this pitch is quite high scoring and the scores in the first game that was played here between Scorchers and Renegades proved it as well. The average first inning score here is 167 and teams have scored between 170-189 on 8 out of 16 occasions while thrice the frontier of 190 has been breached as well.

The previous records suggest that it is going to be hard work for the bowlers in this game and batsmen will enjoy batting on this track. Batting first teams have won 9 times compared to the 7 wins the teams have achieved while chasing so there is not much of a difference in this aspect.

SCO vs SIX Head to Head

According to our prediction, Sydney Sixers will win the match.

The SCO vs SIX teams can also be used on MyFab11 which charges the least entry fees and competition is less. Get Rs. 50 on joining and 100% cash bonus up to Rs. 5999 on first deposit!