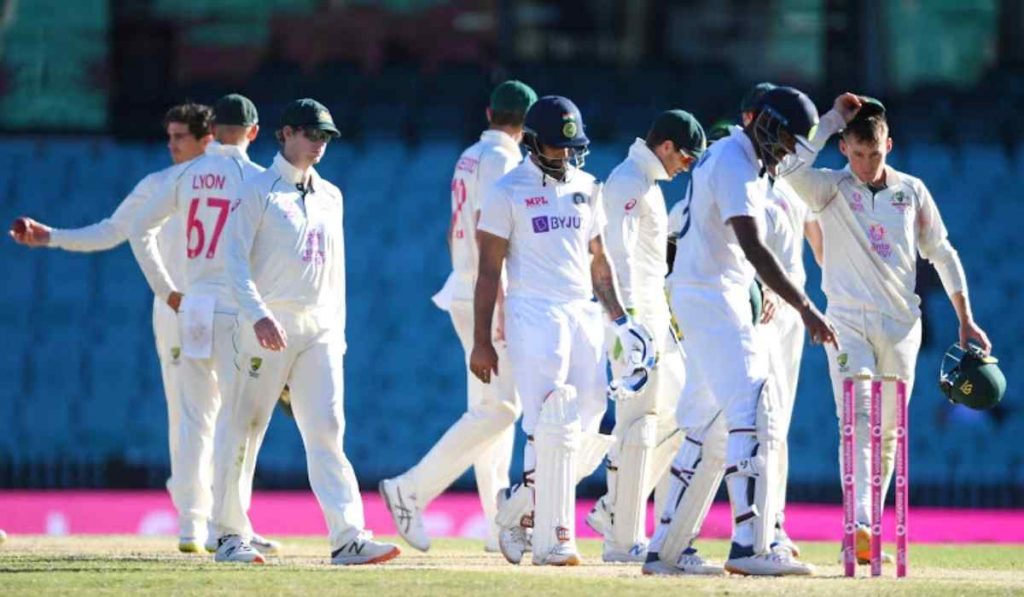 After a fighting draw at SCG here we are it again. It’s time for the 4th and final Test of Border Gavaskar Trophy. It’s also the series decider with Australia having an advantage of home conditions, favorable pitch and a fit side over India. Nevertheless, with Indian fighting spirit, it promises to be a cracker of a game. In this article, we bring you AUS vs IND Dream11 Prediction where we will bring you Dream11 Team, Fantasy Tips, Playing 11 and best players to pick and why in your Dream11 Team for AUS vs IND Match.

Australia were shocked and disappointed to not convert their last result into a win when they should have but they will also be relieved to get back to Gabba after all the all field drama. They absolutely love playing here and they will take a lot of confidence from the record that they have beaten India 5 out of 6 times on this venue. Check this post to know their record at Gabba

Australia have lost Will Pucovski due to injury though and Marcus Harris has replaced him in the playing 11. Harris has the experience of playing against the Indian attack back in 2018 but this is a totally new Indian attack due to injury. All the other 10 players are same which featured in the last test.

Indian team is currently going through some serious hard times where they’re affected both physically ( due to injuries ) and mentally (due to quarantine) but they have shown extreme courage to hang in this series up until third Test. From the last test, Hanuma Vihari and Ravindra Jadeja have been ruled out due to injuries. There are doubts over the fitness of Ravi Ashwin and Jasprit Bumrah and they are being monitored.

India have kept their playing 11 options available until the toss. There are a lot of permutations and combinations going on for India’s playing 11 at the moment. Team is facing some extraordinary situations right now with so many injuries that there might come a time when they’ll pick anyone who is fit irrespective of skills and positions. Here are 4 doubts going around with selections at the moment.

All these questions will be answered at the toss at 5 AM so you’ll need to wake up early morning to finalize your team.

Australia : Nathan Lyon, Cameron Green (If Ashwin doesn’t get fit, it will leave us to only one option among all-rounders, which will be Cameron Green) 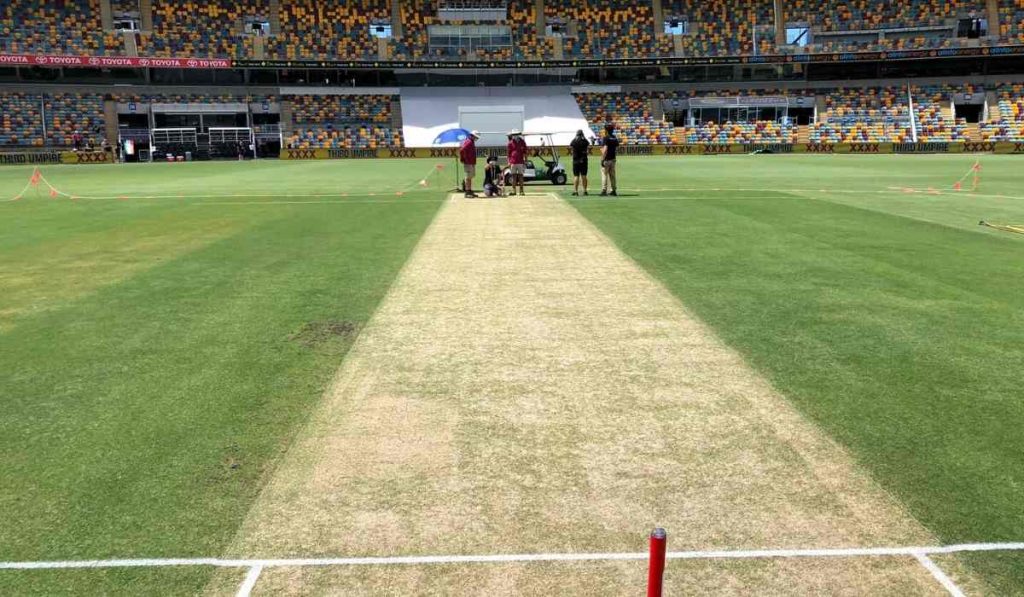 The pitch at Gabba is generally a fast, bouncy one that plays into Australia’s hands because of their fearsome bowling attack which is why every time a team tours Australia, Gabba is one venue they hate to play. No Asian team has ever won a Test match here and it will be difficult for India again with most of their players injured. Here are some statistics about this venue. 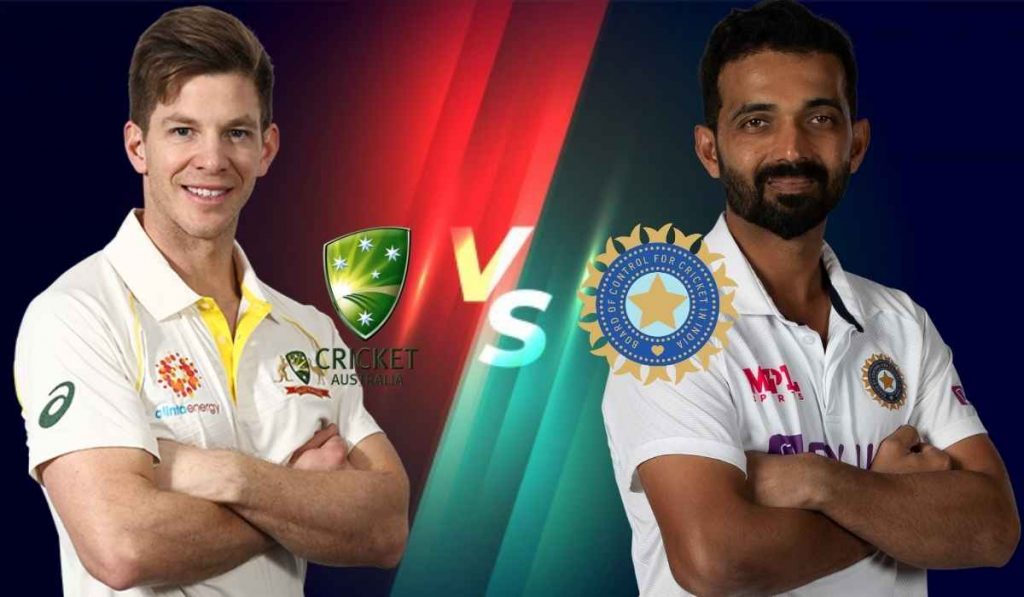 In this 9 days break between the second and the third test, plenty of off field talks have been making headlines. From Indian players allegedly breaking bio-secure bubble to Indian contingent not willing to travel for Brisbane for the 4th Test to Tim Paine saying that some tension has been building between the two teams off late but now, it’s time to close all those talks and let the bat and ball do the talking on the field. The 3rd AUS vs IND Test begins tomorrow at Sydney Cricket Ground and we bring you AUS vs IND Dream11 Team Prediction which is a preview post for the third test based on boosting your chances of winning in fantasy cricket.

Australia must have never expected a comeback like that from India at MCG after rolling them over at 36 only in Adelaide. Batting has been their biggest area of concern where they have crossed 200 marks only once in 3 innings. And to add some strength to the weak batting, Australia have included a not 100% fit David Warner along with Will Pucovski who will open the batting with him.

Among the rest of the squad, either of Travis Head or Cameron Green will be dropped for Pucovski while Warner will replace Joe Burns. Since Green adds a bowling option, Head is likely to be axed. Matthew Wade will be able to save his position.

India just gave everyone a motivation to get through the hardest of times without getting bogged down when they won the Test match at SCG. However, there has been plenty of off field chatters to disturb their preparations for the 3rd Test but they’d be happy to have Rohit Sharma back who will open the batting replacing Mayank Agarwal.

The other change India has made is a forced change which brings Navdeep Saini in the 11. He will make his debut and replace the injured Umesh Yadav from the last match. 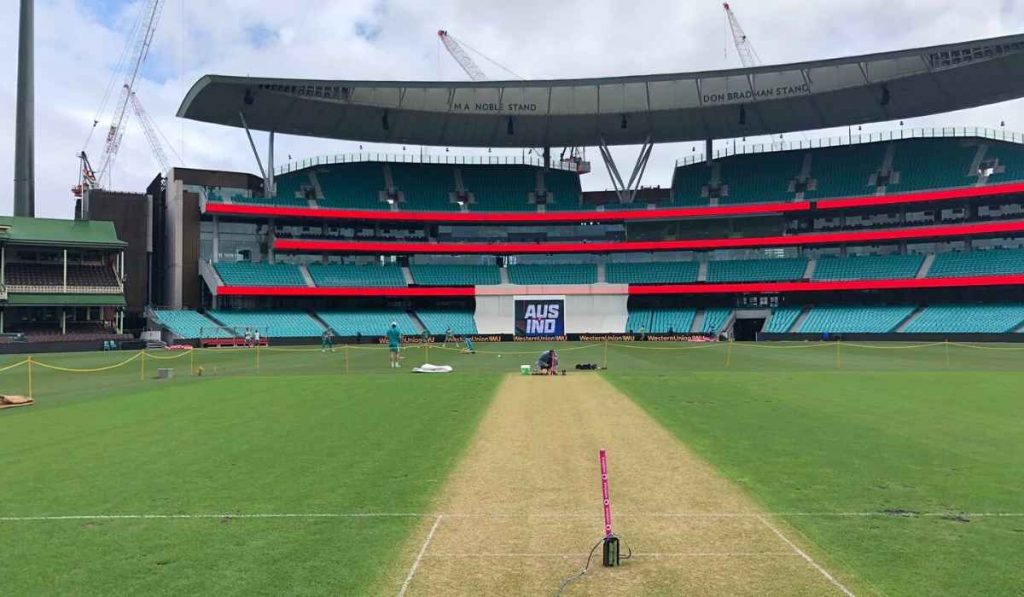 The SCG pitch often turns a lot in the 3rd and 4th innings. Looking at the few early pictures of the pitch, what one can read is that it will assist the pacers with the new ball because of the grass. However, since the color of the pitch is brownish and not greenish, it will become better to bat once the ball gets old.

And following the tradition, it should spin in the second innings of both sides which will make Lyon, Ashwin and Jadeja very interested. 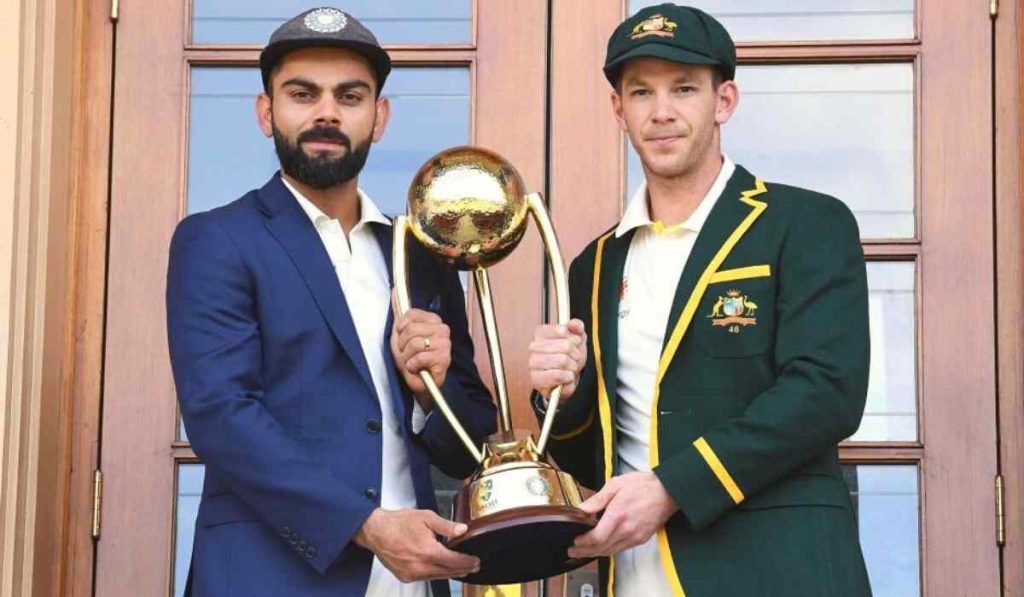 AUS vs IND Dream11 Team Prediction : Having completed the limited overs phase which went 1-1 to both the teams, both the teams are now gearing up for the all important Test series which is also known as Border Gavaskar Trophy. This series is the most important series on India’s entire tour of Australia this year and so, we help you with the perfect AUS vs IND Dream11 Team to make sure you keep winning.

Australia must be hurting to concede the last Border Gavaskar Trophy at home and they’d want to get it back as soon as possible. They have got Steve Smith back for this series who wasn’t present due to the ban when the last time they played India in 2018-19. They also have a very lethal bowling attack consisting of Starc, Cummins, Hazlewood and Lyon which can create havoc over any good batting side and India will be well aware of that.

However apart from Smith, their batting looks slightly vulnerable. Aussies don’t have David Warner and in his absence, Matthew Wade might open alongside Joe Burns. Burns will be followed by Labuschagne while Smith will bat at 4 who will be followed by Travis Head and Cameroon Green at 5 & 6. Watch out for Green making the same reputation in this series which once Sam Curran did against India back in 2018 series. Captain Tim Paine will bat at 7 and will handle the wicket keeping duties.

India have already named their playing 11 a day before and it has created quite a buzz on the social media. Pant’s exclusion came as a surprise but they have gone with slightly conventional method of ” safe wicketkeeper behind the wicket “. That gives Wriddhiman Saha an opportunity while Prithvi Shaw is set to open with Mayank Agarwal for the first time. Not for Mayank though, it’d be his second Australia tour.

India will miss Ishant Sharma in this series and in his absence, Umesh plays as the third fast bowler to assist Bumrah and Shami. Hanuma Vihari and R Ashwin will share the spin bowling load, it will be led by Ashwin without any doubt. India have lost their number 1 ranking to Australia and they’d want to start the series well to get back the top ranking along with fulfilling the purpose of retaining the Border Gavaskar Trophy.

No pitch is easy in the modern day Test cricket and the fact that it’s a Day Night Test played with the pink ball, the bowlers would cherish bowling every ball, particularly in the twilight phase of the day. Passing showers are predicted on the couple of days but that’d not damage the playing conditions much. Bowlers will get plenty of assistance from the new ball and batsmen will get tested in this format. 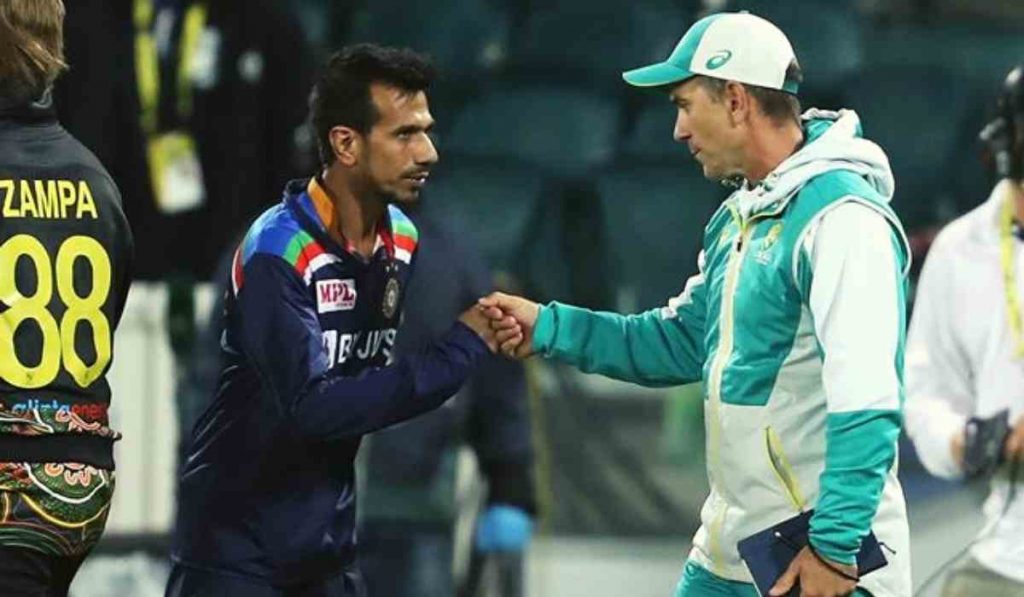 IND vs AUS Dream11 Team Prediction : Having won the series already, India will go into the match full of confidence aiming for the whitewash. Although the match might be a dead rubber but the opportunity to win big in Fantasy Cricket is none the less still there and in this post we will share our Free Dream11 team and fantasy cricket tips to help you win more.

Australia have just lost the series and not just they’d want to avoid a whitewash, they’d like to gain the momentum for the Test series just like India did before the T20 series by winning the ODI series. The batting order looked quite intact but the bowling looked pretty weak in the second T20 and one can think of few changes in the bowling. Aaron Finch if fit, will replace D’Arcy Short. Josh Hazlewood might be played again but chances are bleak. Smith could be rested and that would allow Marcus Stoinis to bat at 3 and Carey to come in the 11.

India have already sealed the series and they’d go with lot of confidence to whitewash the Aussies on their home soil. As far as changes are concerned, most likely India will continue with the same 11 however, you can expect batting order to get shuffled. Virat Kohli might bat at 4 to give youngsters more opportunities.

The pitch in Sydney has been an absolute batting paradise in all three games played on it and one can expect it to favour the batsmen in the 3rd T20 as well.