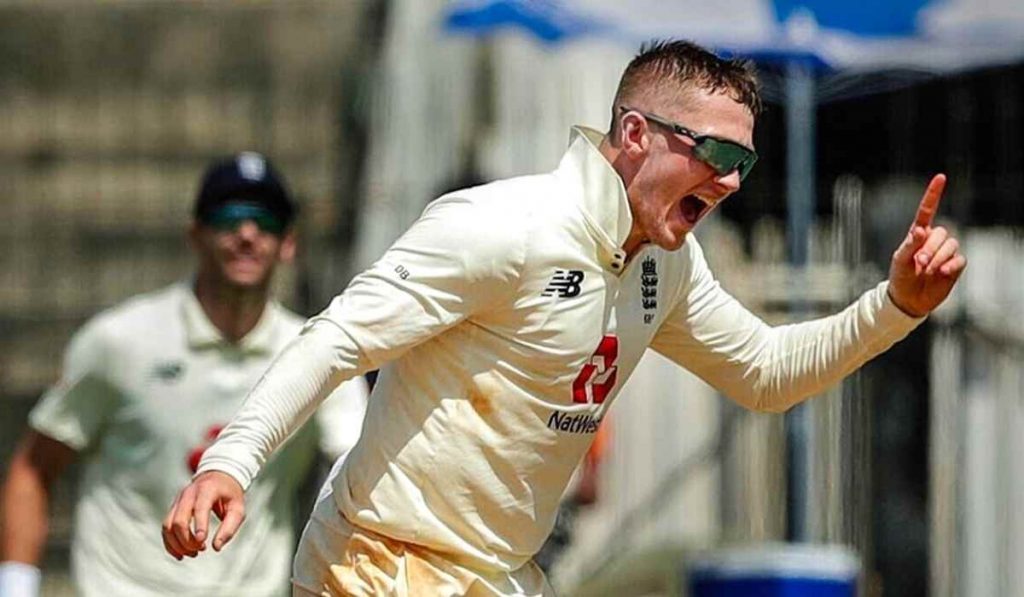 Dom Bess was quite a hero for England in their first inning in Chennai test as he helped England restrict India on a score of 337 and take an important first inning lead of 241 runs. Bess got some huge wickets dismissing Kohli, Rahane , Pujara and Pant even though he was slightly lucky to pick some of these wickets.

While he was talking to the media after the end of day’s play reflecting on how the day went for him and his team, an interesting thing happened in the middle of the interview. The advertisement board placed behind him fell on his head and even though it wasn’t heavy enough to hurt him, he was taken by surprise which turned the whole moment into a funny one. He forgot what he was saying when the incident distracted him.

Speaking after a fine bowling performance for England against India, cricketer Dom Bess managed to keep his composure as the backdrop to his press conference fell on his head pic.twitter.com/7U9JLUoDJT

Some of the Twitteratis saw the funnier side of it. One user wrote ” See what happens when you get Kohli out. Even inanimate objects turn on you! ” , while some others jokingly said that the board wasn’t much impressed with his bowling. Earlier in the match, Bess had also contributed with a 34 with the bat which had helped England’s lower order to extend England’s first inning score to 578.

Some former England experts heaped praises on the youngster for his bowling, particularly for how he kept Indian captain Virat Kohli quiet which ultimately resulted in getting his wicket. Former England’s international and a commentator on Star Sports for this series, Mark Butcher was quite impressed with how he bowled. He talked about how much Potential Bess has got and how he is learning so quickly although he also admitted that he still has a long way to go.

“What a wonderful moment there for Dom Bess. He continues to get better. Dom Bess has got something about him. He’s got that fire in him. He learns quickly, he’s by no means a finished article but he always makes one or two things happen. He at times gets a bit lucky too. He gets wickets with average deliveries as well,” he said.